The Resurgence of the U.S. Auto Industry

The past few decades have slammed the U.S. automobile industry with several catastrophes. These crises illustrate the high price of lost opportunity and the extreme importance of innovating in this prototypical manufacturing enterprise as it attempts to meet the demands of a post-industrial knowledge economy. While many legislators and public onlookers continue to assume that the problems lay in management and labor issues within the automotive industry, with the idea that just reducing labor costs and relaxing union work rules can alleviate the industry’s problems.

A more clear and rounded look this industry is necessary, especially since it accounts for approximately 1 in 22 jobs in the U.S.; the lessons we can learn are pertinent to other industries which are bound to face similar challenges.

The United Automobile Workers union represents autoworkers at the Big Three U.S. car manufacturers: Ford, General Motors, and Fiat/Chrysler. It is a constructive partner in the U.S. auto industry’s resurgence. The UAW is transitioning from a union that primarily threatens to withhold labor to one that primarily enables work. This is evident in the expertise the union now brings to discussions of quality, safety, predictive and preventative maintenance, workforce development, team-based operations, and other such topics.

The UAW has also played a constructive role in ensuring the financial viability for automakers. One example can be found in the union’s agreement to a lower the entry wages in 2007 of $14.20 for up to 20 percent of the workforce. Once this threshold was reached, workers would receive the higher regular wages. Also in 2007, the union agreed to the formation of a separate Voluntary Employee Benefit Association (VEBA) arrangements with the Big Three auto manufacturers. These independent entities, which were funded to take responsibility for retiree health care, dramatically helped reduce automakers’ liability for health benefits, and provided retirees with much greater reassurances of continuity of benefits than if they had relied on companies that might declare bankruptcy.

The U.S. auto industry’s commitment to assisting displaced workers and helping them to adjust to the post-industrial economy should be used as a model for other industries in similar situations. Following the auto industry’s most recent crisis, for example, Ford did not make a single involuntary layoff. All 50,000 workers who lost their jobs did so through voluntary separation packages. These and other comparable programs far exceeded what most displaced workers experienced during the recent recession. The impact on individuals, families, and communities was far less severe than it would have been otherwise. 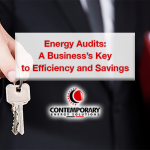