Convention centers, sports venues, performing arts centers, community centers and public assembly spaces are some of the largest contributors to waste and energy usage. The venues industry is a considerable piece of the U.S. economy. The U.S. Bureau of Labor Statistics reports that the number of conventions and events is expected to increase by 44 percent from 2010 to 2020 – that’s impressive growth! Annually, around 181 million people visit the top 200 stadiums in the U.S., and roughly 60 million people worldwide attend a consumer or industry trade show. Waste Management estimates that between the NFL, MLB, NBA and NHL, a combined 35,000 metric tons of CO2 each year is generated from their fans’ waste. The convention and trade show industry is one of the largest global contributors to waste – producing an estimated 60,000 tons of garbage each year. (Source)

Just as in manufacturing or industrial facilities, venues that utilize energy efficient, and sustainable systems enjoy cost-savings, decreased operating costs, and a higher return on their investment. According to the 2015 Green Building Economic Impact Study, from 2015-2018, it is estimated that LEED-certified (Leadership in Energy and Environmental Design) buildings in the U.S. will have saved more than $2.1 billion in combined energy, water, maintenance and waste savings. (Source)

“The scope and scale of the venues industry is enormous, and the leaders creating these spaces have an important role to play in reducing environmental impact,” said Mahesh Ramanujam, president & CEO of U.S. Green Building Council (USGBC).

A new report by the USGBC discusses the opportunity that venues have to not only improve the environment by conforming to LEED certification standards, but the larger platform they have to set a precedent for responsibility in the communities they serve. (Source)

In Peoria, AZ, the LEED Gold Peoria Sports Complex, which serves as the spring training facility for the Seattle Mariners and San Diego Padres, saves 322,700 gallons of water and more than 1 million kilowatt hours in electricity annually. In the construction phase, the city kept portions of the building frame and outer envelope, saving an estimated $1.5 million on each clubhouse and diverting 1,323 tons of construction waste from landfills. The Mariners’ Clubhouse parking lot was also converted into an impressive array of solar modules that, combined with a 320-kilowatt solar instillation, can offset up to 30% of the clubhouse’s annual reliance on fossil fuels. (Source)

Venue owners and operators are taking up the charge and leading the way with greener buildings and business policies. The adherence to LEED certifications and to sustainability is proof that these venues care about the environment and the communities who support their events. With such impressive examples, more venues are sure to follow in this LEED movement. 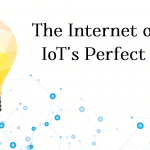